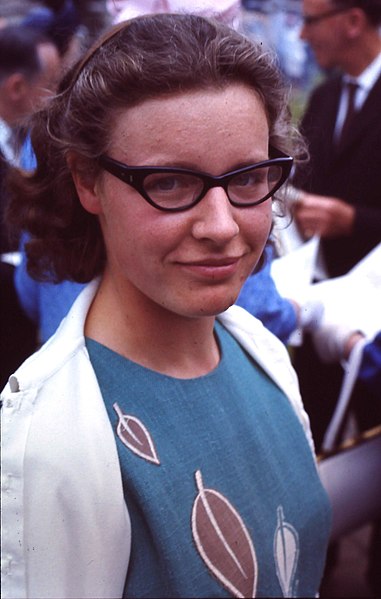 Dame Jocelyn Bell Burnell is a Northern Irish astrophysicist. As a postgraduate student, she discovered the first radio pulsars while under her thesis supervisor Antony Hewish, for which Hewish shared the Nobel Prize in Physics with Martin Ryle, while Bell Burnell was left out despite having observed the pulsars.

Bell Burnell was President of the Royal Astronomical Society from 2002 to 2004, president of the Institute of Physics from October 2008 until October 2010, and was interim president following the death of her successor, Marshall Stoneham, in early 2011. She was succeeded in October 2011 by Sir Peter Knight.

The paper announcing the discovery of pulsars had five authors. Hewish's name was listed first, Bell's second. Hewish was awarded the Nobel Prize, along with Martin Ryle, without the inclusion of Bell as a co-recipient. Many prominent astronomers expressed outrage at this omission, including Sir Fred Hoyle. The Royal Swedish Academy of Sciences, in their press release announcing the 1974 Nobel Prize in Physics, cited Ryle and Hewish for their pioneering work in radio-astrophysics, with particular mention of Ryle's work on aperture-synthesis technique, and Hewish's decisive role in the discovery of pulsars.

Dr. Iosif Shklovsky, recipient of the 1972 Bruce Medal, had sought out Bell at the 1970 International Astronomical Union's General Assembly, to tell her: "Miss Bell, you have made the greatest astronomical discovery of the twentieth century."

Susan Jocelyn Bell was born in Belfast, Northern Ireland, where her father was an architect who helped design the Armagh Planetarium. She was encouraged to read and was drawn to books on astronomy. She lived in Lurgan as a child and attended Lurgan College where she was one of the first girls there who was permitted to study science. Previously, the girls' curriculum had included such subjects as cross-stitching and cooking.

She graduated from the University of Glasgow with a Bachelor of Science degree in Natural Philosophy (physics) in 1965, and obtained her Ph.D. degree from New Hall (since renamed Murray Edwards College) of the University of Cambridge in 1969. At Cambridge, she worked with Hewish and others to construct a radio telescope for using interplanetary scintillation to study quasars, which had recently been discovered (interplanetary scintillation allows compact sources to be distinguished from extended ones). In July 1967, she detected a bit of "scruff" on her chart-recorder papers that tracked across the sky with the stars. Ms. Bell found that the signal was pulsing with great regularity, at a rate of about one pulse per second. Temporarily dubbed "Little Green Man 1" (LGM-1) the source (now known as PSR B1919+21) was identified after several years as a rapidly rotating neutron star. After finishing her Ph.D., Bell Burnell worked at the University of Southampton (1968–73), University College London (1974–82), and the Royal Observatory, Edinburgh (1982–91).

In addition, from 1973 to 1987, Bell Burnell was also a tutor, consultant, examiner, and lecturer for the Open University. In 1991, she was appointed as a Professor of Physics at the Open University, a position that she held for ten years. She was also a visiting professor at Princeton University in the United States. Before retiring, she was Dean of Science at the University of Bath (2001–04), and she was the President of the Royal Astronomical Society between 2002 and 2004. She is currently a Visiting Professor of Astrophysics at the University of Oxford and a Fellow of Mansfield College. She served two years as the President of the Institute of Physics, her term ended in October 2010.

The fact that Bell did not receive recognition in the 1974 Nobel Prize in Physics has been a point of controversy ever since. She helped build the four-acre radio telescope over two years and initially noticed the anomaly, sometimes reviewing as much as 96 feet of paper data per night. Bell later claimed that she had to be persistent in reporting the anomaly in the face of scepticism from Hewish, who was initially insistent that it was due to interference and man-made. She spoke of meetings held by Hewish and Ryle to which she was not invited. Fred Hoyle harshly criticized the Nobel committee, going so far as to accuse Hewish of stealing Bell's data. In 1999 she was appointed Commander of the Order of the British Empire (CBE). In June 2007 she was elevated to Dame Commander of the Order of the British Empire (DBE). In February 2013 she was assessed as one of the 100 most powerful women in the United Kingdom by Woman's Hour on BBC Radio 4. In February 2014 she was made President of the Royal Society of Edinburgh, the first woman to take that office.