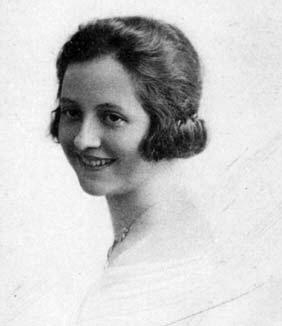 Main achievements: First woman to become a full professor of mathematics in France (1943)

Marie-Louise Jacotin was the daughter of a lawyer for a French bank, and the grand-daughter (through her mother) of a glassblower from a family of Greek origin. Her mathematics teacher at the lycée was a sister of mathematician Élie Cartan, and after passing the baccalaureate she was allowed (through the intervention of a friend's father, the head of the institution) to continue studying mathematics at the Collège de Chaptal. On her second attempt, she placed second in the entrance examination for the École Normale Supérieure in 1926 (tied with Claude Chevalley), but by a ministerial decree was moved down to 21st position. After the intervention of Fernand Hauser, the editor of the Journal of the ENS, she was admitted to the school. Her teachers there included Henri Lebesgue and Jacques Hadamard, and she finished her studies in 1929.

With the encouragement of ENS director Ernest Vessiot she traveled to Oslo to work with Vilhelm Bjerknes, under whose influence she became interested in the mathematics of waves and the work of Tullio Levi-Civita in this subject. She returned to Paris in 1930, married another mathematician, Paul Dubreil, and joined him on another tour of the mathematics centers of Germany and Italy, including a visit with Levi-Civita. The Dubreils returned to France again in 1931.

While her husband taught at Lille, Dubreil-Jacotin continued her research, finishing a doctorate in 1934 concerning the existence of infinitely many different waves in ideal liquids, under the supervision of Henri Villat.[2][3][4] Before her, the only women to obtain doctorates in mathematics in France were Marie Charpentier in 1931 (also in pure mathematics) and Edmée Chandon in 1930 (in astronomy and geodesy).

In the 1950s, motivated by the study of averaging operators for turbulence, Dubreil-Jacotin's interests turned towards abstract algebra, and she later performed research in semigroups and graded algebraic structures. She was the author of two textbooks, one on lattice theory and the other on abstract algebra. As well as her technical publications, Jacotin was the author of a work in the history of mathematics, Portraits of women mathematicians.