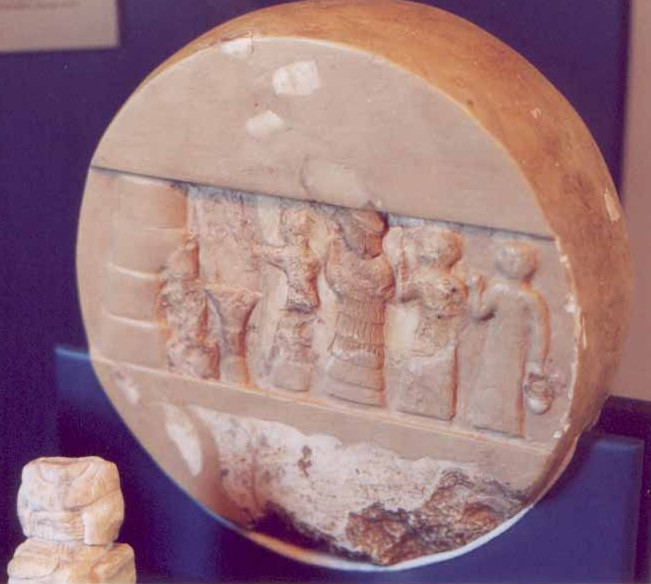 What was Enheduanna’s daily life like? As priestess of the moon god Nanna and his wife Ningal, she and her staff would have spent a great deal of time caring for them ritually–bathing and clothing the statues, bathing themselves before they approached the figures, making offerings of animals, produce, jewelry, and other materials, and keeping precise astronomical recordings of the moon’s phases. It’s unclear whether she would have conducted some of these astronomical observations herself.

One of her poems refers to the fact that her own rooms (the “gipar” part of the temple complex) were where “they track the passage of the moon.” The language simultaneously suggests that specialized personnel (“they”) did the actual observations, and that she had some sort of intimate part in the operation, since they were in her room (“the priestess’ rooms, that princely shrine of holy cosmic order”).

In addition to her cult and scientific responsibilities, she also had a considerable agricultural enterprise to oversee. Her title “en-priestess” referred to her capacity to oversee the fecundity of the land, and she ruled over a veritable army of farmers, fishermen, shepherds, and other livestock managers. The incredible bounty produced by so large an enterprise made temples extremely wealthy, so much so that they also played the role of banks, making substantial loans to individuals and kings. And in addition to her managerial responsibilities at home, she would have had to have maintained relations with other temples in the Mesopotamian valley as a sort of roving “goodwill ambassador” of Nanna (and possibly her father, Sargon).