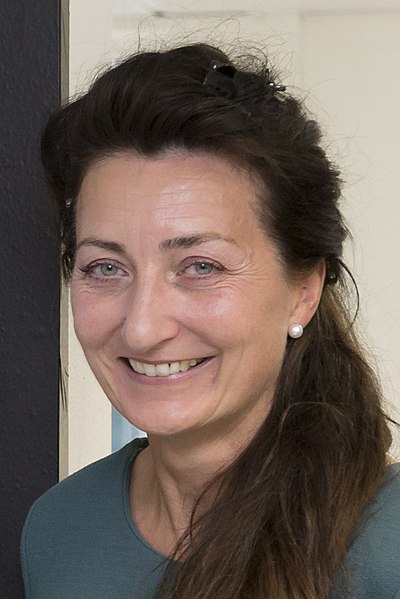 Born: 1963 in Fosnavag (Norway)
Nobel Prize in Physiology or Medicine in 2014

Main achievements: Discovery of cells that constitute a positioning system in the brain.

May-Britt Moser is a Norwegian psychologist, neuroscientist and Founding Director of the Kavli Institute for Systems Neuroscience and Centre for the Biology of Memory (KI/CBM) at the Norwegian University of Science and Technology (NTNU) in Trondheim, Norway. Moser and her husband Edvard Moser have pioneered research on the brain's mechanism for representing space during the last decade. Edvard and May-Britt Moser were appointed associate professors in psychology and neuroscience at NTNU in 1996, less than one year after their Ph.D defenses. They established The Centre for the Biology of Memory (CBM) in 2002 and the Kavli Institute, the 15th in the world and the 4th in neuroscience, in 2007. May-Britt Moser was awarded the Nobel Prize in Physiology or Medicine in 2014, together with her husband Edvard Moser and John O'Keefe.

The scientific goal of the Kavli Institute for Systems Neuroscience is to advance our understanding of neural circuits and systems. By focusing on spatial representation and memory, the investigators hope to uncover general principles of neural network computation in the mammalian cortex. The Kavli Institute, supported by the Kavli Foundation, coexists with the Centre for the Biology of Memory (CBM), but the scope of the Institute is broader and more long-term. CBM is part of the Centre of Excellence scheme of the Research Council of Norway. The KI/CBM is also funded by the EU’s Seventh Research Framework Programme (FP7) and an Advanced Investigator Grant from the European Research Council(ERC). May-Britt and Edvard Moser have studied how spatial location and spatial memory are computed in the brain. Their most famous contribution is probably the discovery in 2005 of entorhinal grid cells (Hafting et al., Nature 2005), which points to the entorhinal cortex as a hub for the brain network that makes us find our way. The discovery of the grid cells showed for the first time that the rat brain has its own universal map for encoding self-position in any environment. The discovery opened up new opportunities for investigating the cognitive functioning of the brain. The mapping system is probably also found in the human brain and that of other mammals. The Mosers and the staff of researchers at the KI/CBM have shown how a variety of functional cell types in the entorhinal microcircuit contribute to representation of self-location, how the outputs of the circuit are used by memory networks in the hippocampus, and how episodic memories are separated from each other in the early stages of the hippocampal memory storage. The KI/CBM researchers have also discovered a new type of brain cells that registers borders and boundaries, and that the place cells in the hippocampus can operate at scales varying from about 50 centimeters to 10 meters.

May-Britt Moser has a degree in Psychology from the University of Oslo in 1990. She thereafter obtained her Ph.D. in Neurophysiology from the University of Oslo in 1995, under the supervision of professor Per Andersen. Moser went on to undertake postdoctoral training with Richard Morris at the Centre for Neuroscience, University of Edinburgh from 1994 to 1996, and was a visiting postdoctoral fellow at the laboratory of John O'Keefe at the University College, London. Moser returned to Norway in 1996 to be appointed Associate Professor in Biological Psychology at the Norwegian University of Science and Technology (NTNU) in Trondheim. She was promoted to Full professor of Neuroscience at NTNU in 2000. Moser is also the founding co-director of the NTNU Centre for the Biology of Memory (2002) and the Kavli Institute for Systems Neuroscience (2007). Further, she was awarded one half of the Nobel Prize in Physiology or Medicine 2014, along with her husband Edvard Moser, with the other half going to John O'Keefe. She is a member of the Norwegian Academy of Science and Letters and the Norwegian Academy of Technological Sciences.