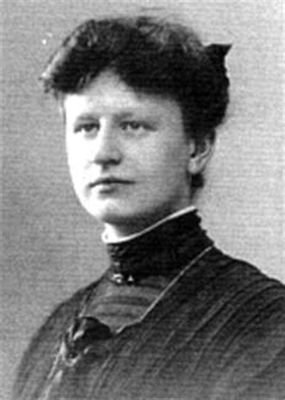 Frieda Robscheit-Robbins was a German-born American pathologist who worked closely with George Hoyt Whipple, conducting research into the use of liver tissue in treatment of pernicious anaemia, co-authoring 21 papers between 1925 and 1930. Whipple received a Nobel Prize in 1934 in recognition of this work, but Robscheit-Robbins was not recognized in this award, although Whipple did share the prize money with her. Had she won the Nobel Prize alongside Whipple, Robscheit-Robbins would have been the second woman after Marie Curie to win the prestigious international award, and the first American woman to do so.

Robscheit-Robbins was described in 1981, as a woman "of considerable presence" who was often seen wearing diamonds and with "elegantly coiffured" hair.

In 2002, a Discover magazine article entitled "The 50 Most Important Women in Science" noted that the contributions of Robscheit-Robbins "deserve greater notice".

Whipple and Robscheit-Robbins established an animal model of anemia. They found that when dogs lost a large amount of blood, they exhibited symptoms similar to anemia. Once they established this experimental model, they could test experimental therapies. They tested diets based on different organs: spleen, lung, liver, intestines, etc. They found that dogs fed a diet of liver recovered the quickest, suggesting that anemia is associated with malfunctioning livers.

Preliminary research was conducted in the early 1920s at the George William Hooper Foundation, University of California, where apricots were found to be valuable in treating induced anaemia in dogs. This result was so surprising to the researchers that it was not published. However, work continued at the University of Rochester, New York from 1922, where the researchers compared the efficacy of different substances in treatment of anaemia.

Robscheit-Robbins started working with Whipple in 1917, and was his research partner for 18 years. Over the length of her collaboration with Whipple from 1917 to 1935, she wrote over 100 articles on her research findings along with various medical textbook chapters on the subject of anemia. She was the first-named author on Whipple's single most important paper, and the first author is usually the one primarily responsible for the work on which the paper is based and in many fields of research the last author is the director of the laboratory or principal investigator responsible for the direction of the work. Of the 23 papers that Whipple cited in his Nobel address, Robscheit-Robbins was co-author of ten of them.

In 1951, Robscheit-Robbins was elected president of the American Society for Experimental Pathology, becoming the first woman to hold that position.