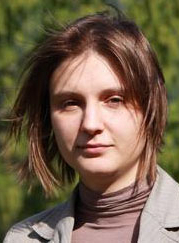 Main achievements: She solved the sphere-packing problem in dimension 8.

Maryna Sergiivna Viazovska is a Ukrainian mathematician who, in 2016, solved the sphere-packing problem in dimension 8 and, in collaboration with others, in dimension 24. Previously, the problem had been solved only for three or fewer dimensions, and the proof of the three-dimensional version (the Kepler conjecture) involved long computer calculations. In contrast, Viazovska's proof for 8 and 24 dimensions is "stunningly simple".

As a student at Taras Shevchenko National University of Kyiv, Viazovska competed at the International Mathematics Competition for University Students in 2002, 2003, 2004, and 2005, and was one of the first-place winners in 2002 and 2005.[9] Viazovska earned a candidate degree from the Institute of Mathematics of the National Academy of Sciences of Ukraine in 2010, a master's from the University of Kaiserslautern, and a doctorate (Dr. rer. nat.) from the University of Bonn in 2013. Her doctoral dissertation, Modular Functions and Special Cycles, concerns analytic number theory and was supervised by Don Zagier and Werner Müller. She was a postdoctoral researcher at the Berlin Mathematical School and the Humboldt University of Berlin and a Minerva Distinguished Visitor at Princeton University. Since January 2018 she is full professor at the École Polytechnique Fédérale de Lausanne in Switzerland after a short stint as tenure-track assistant professor.

As well as for her work on sphere packing, Viazovska is also known for her research on spherical designs with Bondarenko and Radchenko. With them she proved a conjecture of Korevaar and Meyers on the existence of small designs in arbitrary dimensions. This result was one of the contributions for which her co-author Andriy Bondarenko won the Vasil A. Popov Prize for approximation theory in 2013. In 2016, she received the Salem Prize[14] and, in 2017, the Clay Research Award and the SASTRA Ramanujan Prize for her work on sphere packing and modular forms. In December 2017, she was awarded a 2018 New Horizons Prize in Mathematics. She was an invited speaker at the 2018 International Congress of Mathematicians.